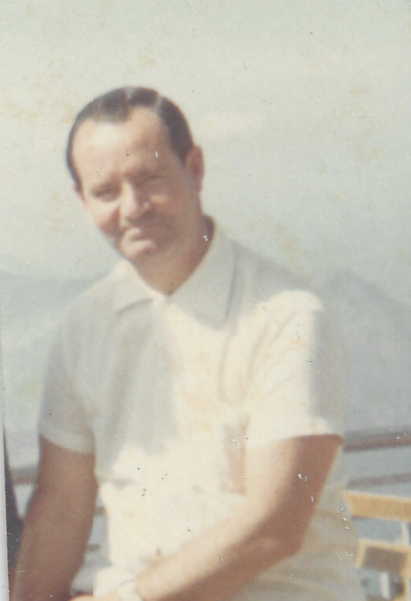 In 1930, at the age of 14, Rodrigo Herrmann moved to Rio de Janeiro, where he began to study the organ; in 1934 he moved to Sao Paulo. He completed his studies in vocal education in 1944 and, at age 28, was acknowledged as one of the best professionals in Phoniatrics in Brazil, at that time. From 1934 to 1945 he continued his studies under the direction of conductor Emmric Csammer, in Harmony Contemporary Forms, Styles, Gregorian Chant, Improvisation, Choral Conducting, Orchestral Conducting and Instrumentation. He conducted the Choir of Yugoslavs of São Paulo, at Pacaembu in 1945, before an audience of about 8,000 spectators at the Festival of the International Red Cross, just before the end of the Second World War.

He was transferred to Curitiba in 1947, and founded the Schola Cantorum Sancta Caecilia of Metropolitan Cathedral, which he directed until his death. He wrote knowledgeable articles and reviews about music in his own newspaper column, Passo Fundo (RS, Brazil). In 1952 he was appointed Master of the Metropolitan Cathedral Chapel in Curitiba, as well as the censor for the Metropolitan Curia in Sacred Music, a position he held until his death. In that same year he was hired by the Archdiocese of Curitiba to organize and lead its male chorus comprised of eight seminaries with a total of 204 singers especially chosen for the Archdiocesan Eucharistic Congress.

Having written for sacred and lay choirs, solos, piano, organ and guitar, Emeritus composer, Rodrigo Herrmann produced a considerable number of musical works. He had a remarkable gift of artistic creation, improvising at the organ or piano with incredible ease and extraordinary synthesis. There was no end to his dizzying inspiration – always new, always excitingly fresh with great and formal contours, which only illuminated more his booming, musical personality. His melodies and harmony flowed abundantly, and ever unique, were the different themes and styles. His compositions have the same well-defined character of formula with absolute rhythmic grandeur, that reveals itself every time. He had an amazing artistic perfection that consistently led him to new lines of inspiration, and you were swept into the power and brilliance of his compositions every time he played. His early death at age 55 caused a deep and saddened commotion among artists everywhere.